Mould fungi contamination in buildings is one of the most frequent environmental problems in interior spaces. Microorgan- isms such as fungi and bacteria are ubiquitous and are an important and natural part of our environment. But if they appear as mould contamination on a wall they quickly become a nuisance and a problem.

Mould growth is often caused by an increased level of hu- midity within the building material or on its surface. Be- sides damp walls due to an insufﬁcient protection against driving rain or rising damp, another very frequent con- tributing factor is given by the insufﬁcient insulation stan- dards in old buildings combined with the concurrent reduction of air exchange rate due to constructional modi- ﬁcations.Often new windows are installed without anything done to improve the insulation of the external walls of the build- ing. This can lead to an increase of the moisture content on the wall surface and the consequent arising of mould growth.This does not even require the presence of actual conden- sation: air humidity levels of approx. 70 % are already sufﬁ- cient.

To prevent the formation of mould, rooms should be regu- larly aired to regulate air moisture. It should also be made sure that the minimum heat insulation needed for a healthy environment is ensured in every place of the room. Relative air humidity must not rise above 70 %, the surface temperature on the walls must be at least 12.6 °C. This kind of room climate can be achieved and maintained through various measures, for example with special mould restora- tion panels. Eco-friendly mould restoration systems in par- ticular are becoming ever more important in this context. This is why Remmers has developed the innovative Power Protect System, which satisﬁes its [eco] aspirations and al- lows it to offer a completely new system based on mould restoration panels of the highest quality: eco-friendly, sus- tainable and with durable protection against health-haz- ardous mould growth.

How does Remmers Power Protect work?

The Remmers Protect System combines different hygrothermal material properties. It solves moisture problems (such as condensate formation and moisture penetration from the outside) by increasing the speed with which moisture is transported to the inside of the room and accelerating evaporation. The surface is kept durably dry, thus depriving mould spores of the habitat they need to grow. 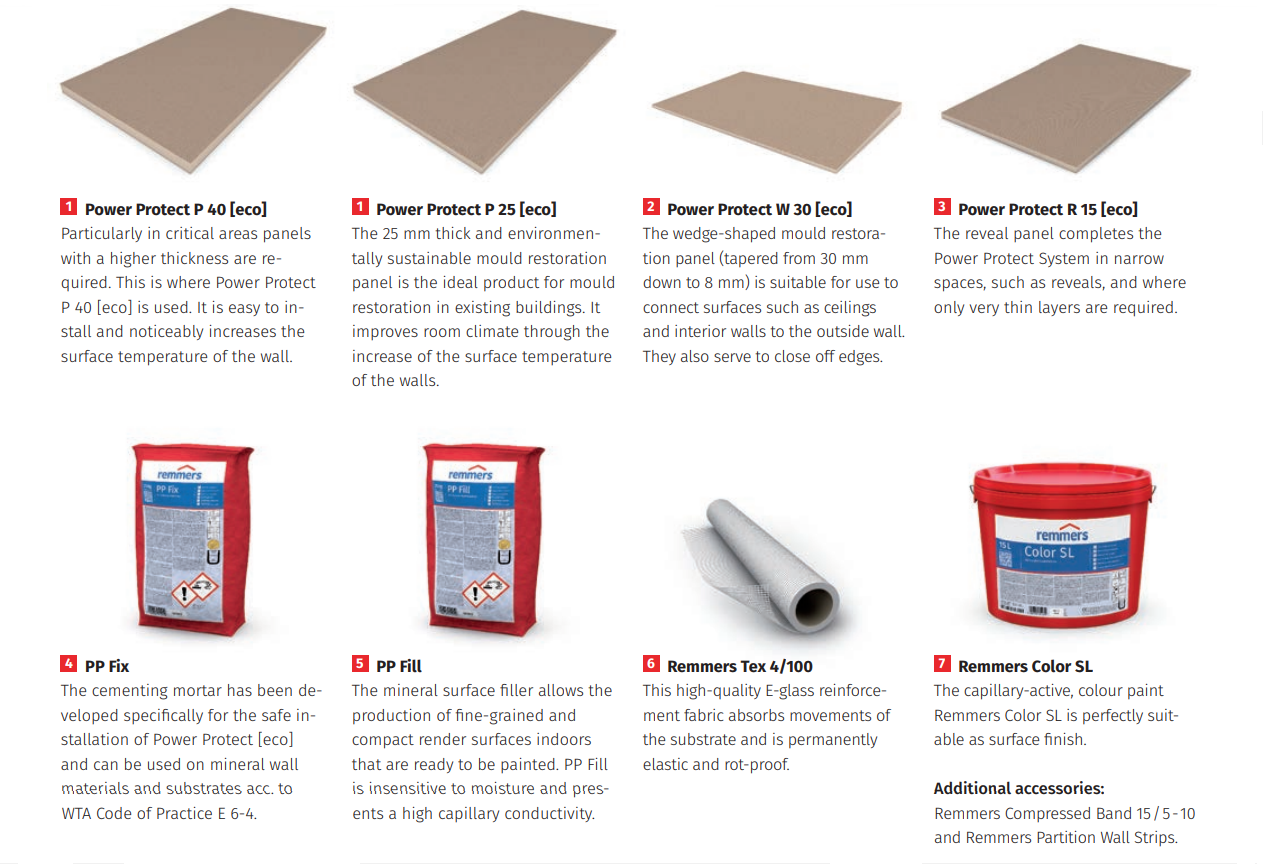 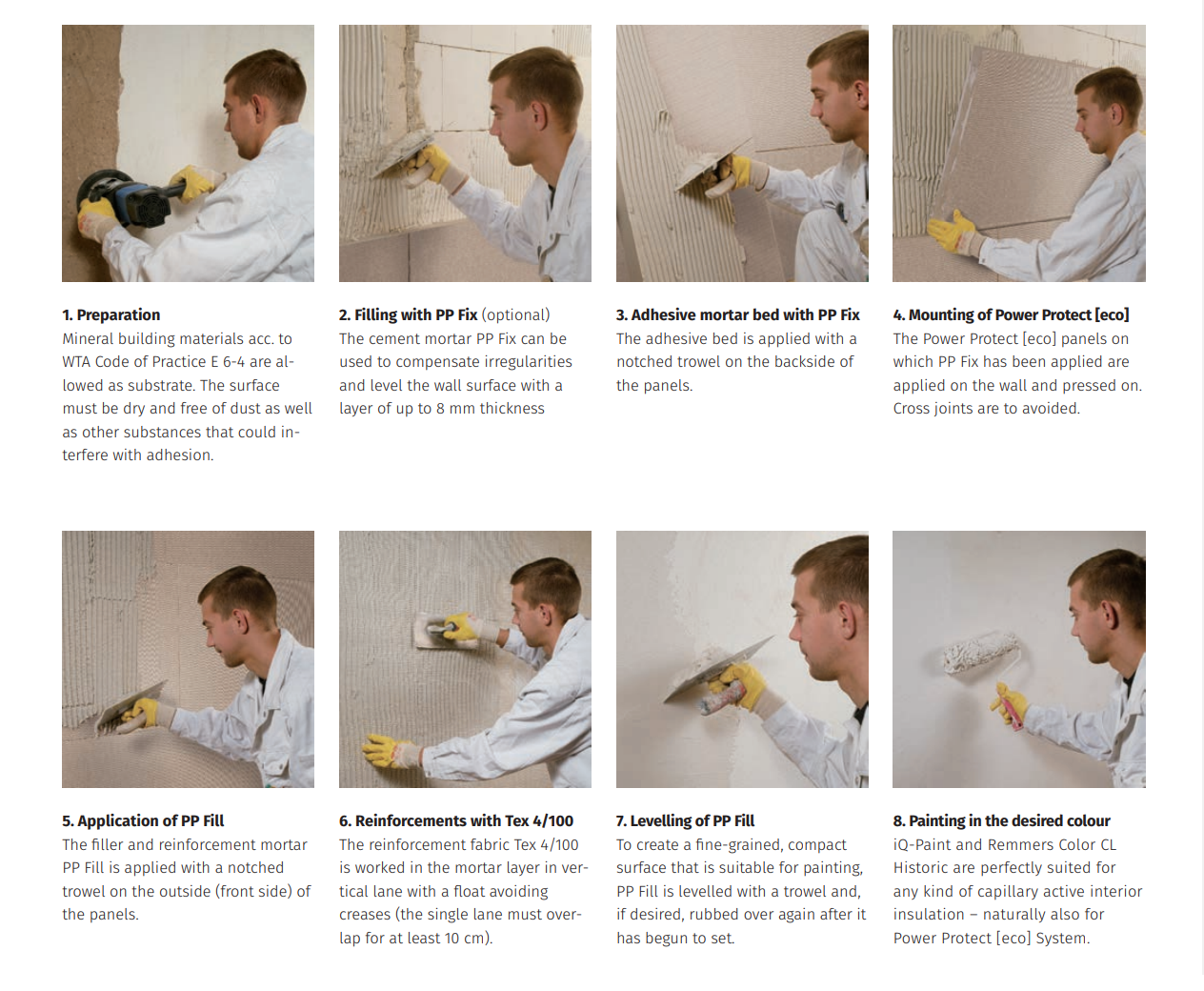